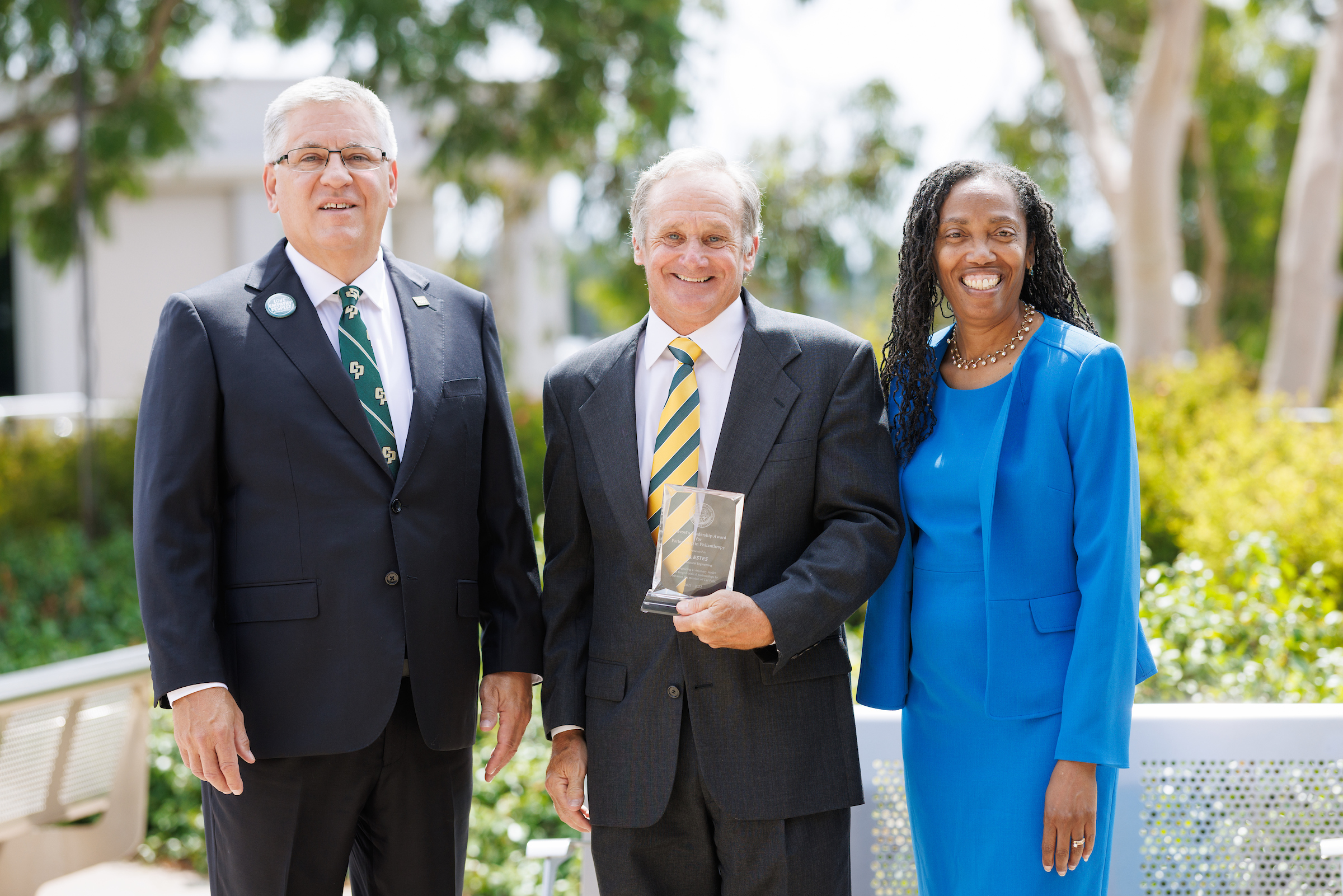 In his role as Architectural Engineering Department head for the last 15 years, Al Estes has stewarded an outstanding advancement and fundraising program that has resulted in facility improvements, support of faculty initiatives and a huge enhancement of the ARCE student experience at Cal Poly. Estes continued to maintain the excellence of these efforts throughout the pandemic, a nominator wrote. “While others shut down, he saw this as an opportunity to contact donors, stay in touch, solicit gifts and steward donors in new ways.” His numerous initiatives include five-year sponsorships for eight labs within his department, generating nearly $1 million in gifts that help maintain facilities; completing the second iteration of the Parent’s Learn by Doing fund, which has raised $100,000 from parents and supporters of students in the ARCE program; and forming an ARCE Industrial Advisory Board, which last year sponsored the ARCE Student in Need fund and raised $18,000. These and many other accomplishments have resulted in a department advancement program that is unrivaled, a nominator wrote. “The consistent development and improvement of these efforts over 15 years and the ability to enhance success through a pandemic is remarkable. Al Estes has been the driving force behind this effort.” Estes is the only person to have won this award twice, having been previously recognized in 2012.

Al Estes earned a bachelor’s degree from the U. S. Military Academy; master’s degrees in civil engineering – structures, and civil engineering – construction management, from Stanford University; and a Doctor of Philosophy, Civil Engineering, from the University of Colorado. After 28 years of service, he retired from the U.S. Army Corps of Engineers at the rank of Colonel and joined the Cal Poly faculty in 2007.