About the Provost and the
Executive Vice President for Academic Affairs 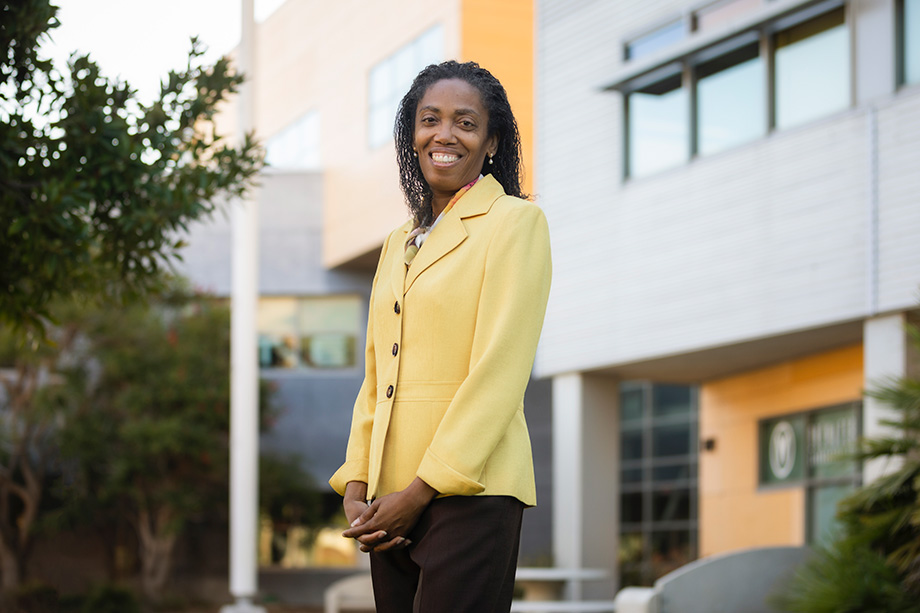 Prior to coming to Cal Poly, Dr. Jackson-Elmoore served as the dean of the Honors College at Michigan State University (MSU), where she oversaw the program for high-achieving undergraduates, as well as the Academic Scholars Program, the National/International Fellowships & Scholarships Office, and the MSU Debate Program. Dr. Jackson-Elmoore was also a professor with affiliations in the MSU School of Social Work and the Global Urban Studies Program. She also co-chaired a university level Diversity, Equity, and Inclusion Steering Committee and was appointed to the MSU Strategic Planning Committee.

She has also published several book chapters and is a co-author of Reinventing Civil Society: The Emerging Role of Faith-Based Organizations (M.E. Sharp) and a co-editor of Reclaiming Brownfields: A Comparative Analysis of Adaptive Reuse of Contaminated Properties (Ashgate Publishing, LTD), Nonprofits in Urban America (Quorum Books) and a journal symposium for Policy Studies Review. She also served as Senior Associate Editor of the Journal of Urban Affairs.

Dr. Jackson-Elmoore earned doctorate and master's degrees in Public Administration, with a public policy emphasis, from the University of Southern California and a bachelor's in Chemical Engineering from the University of Delaware. She also earned certification from the Institute for Management and Leadership in Education at the Harvard Graduate School of Education.